Pacific Brewing & Malting Co. first opened in Tacoma in 1897 and was closed when Washington State went dry in 1916. We successfully revived the iconic brand in 2014. The unprecedented events of 2020 led to us closing down once more, but that doesn’t mean we won’t be back for a third time one of these days… 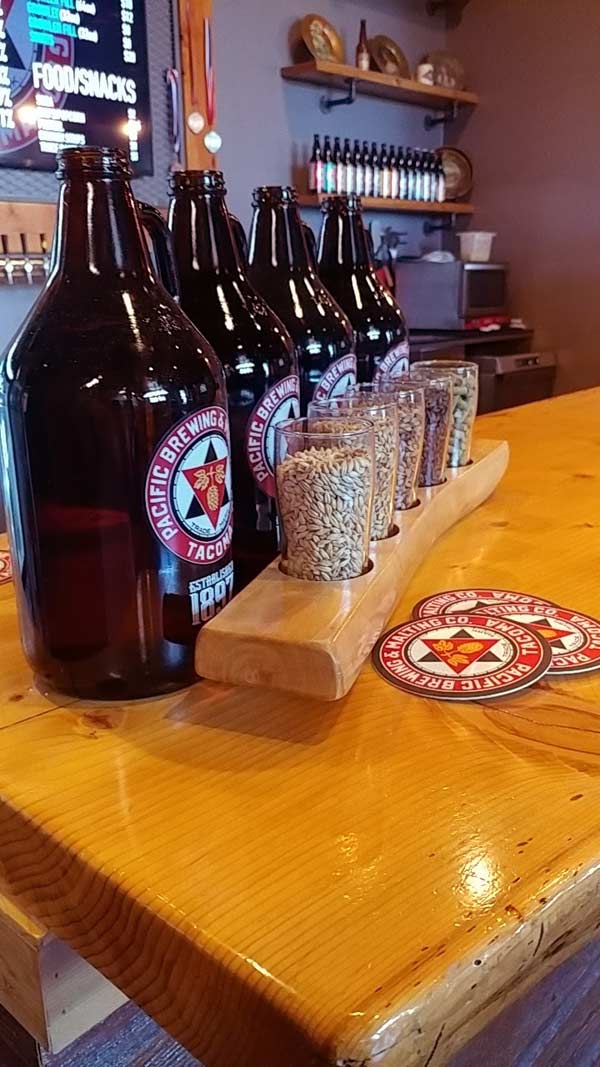 OUR BEERS WERE DISTRIBUTED LOCALLY AT TACOMA AREA GROCERY STORES, RESTAURANTS & BARS FROM 2014 TO 2020.

We hope to bring PB&M back one of these days! 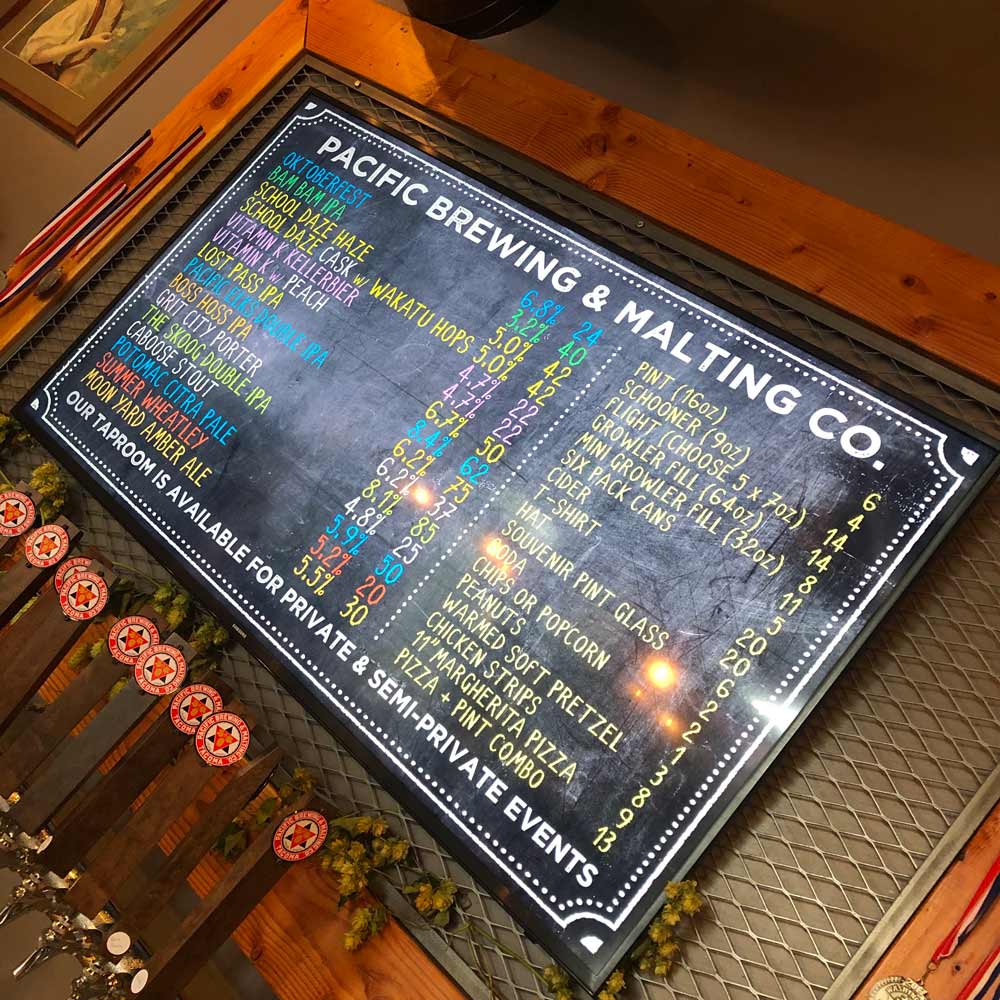 Due to unprecedented events, our brewery and taproom is closed. Thank you to all of our great friends and loyal patrons. Bringing back a historic Tacoma beer brand has been the thrill of a lifetime and we hope to be back one day.

The history of craft brewing in Tacoma goes back much further than you may think. The Pacific Brewing and Malting Company formed in Downtown Tacoma in 1897 as a result of a merger between Puget Sound Brewing Company and Milwaukee Brewing Company. Pacific Brewing grew to be one of the largest breweries in the Northwest and the Pacific Beer brand was hugely popular along the entire West Coast. Success was, unfortunately, cut short by state-wide Prohibition in 1916 and Pacific Brewing closed its doors shortly thereafter.

Nearly 100 years later, Pacific Brewing returned Downtown Tacoma. Reformed by a group of local beer enthusiasts with a love of Tacoma and its rich history, Pacific Brewing & Malting Co., complete with the original logo, once again set its sights on being one of the premier craft breweries in the Northwest. This time success was cut short by the events of 2020, but we hope to be back for round three one day.